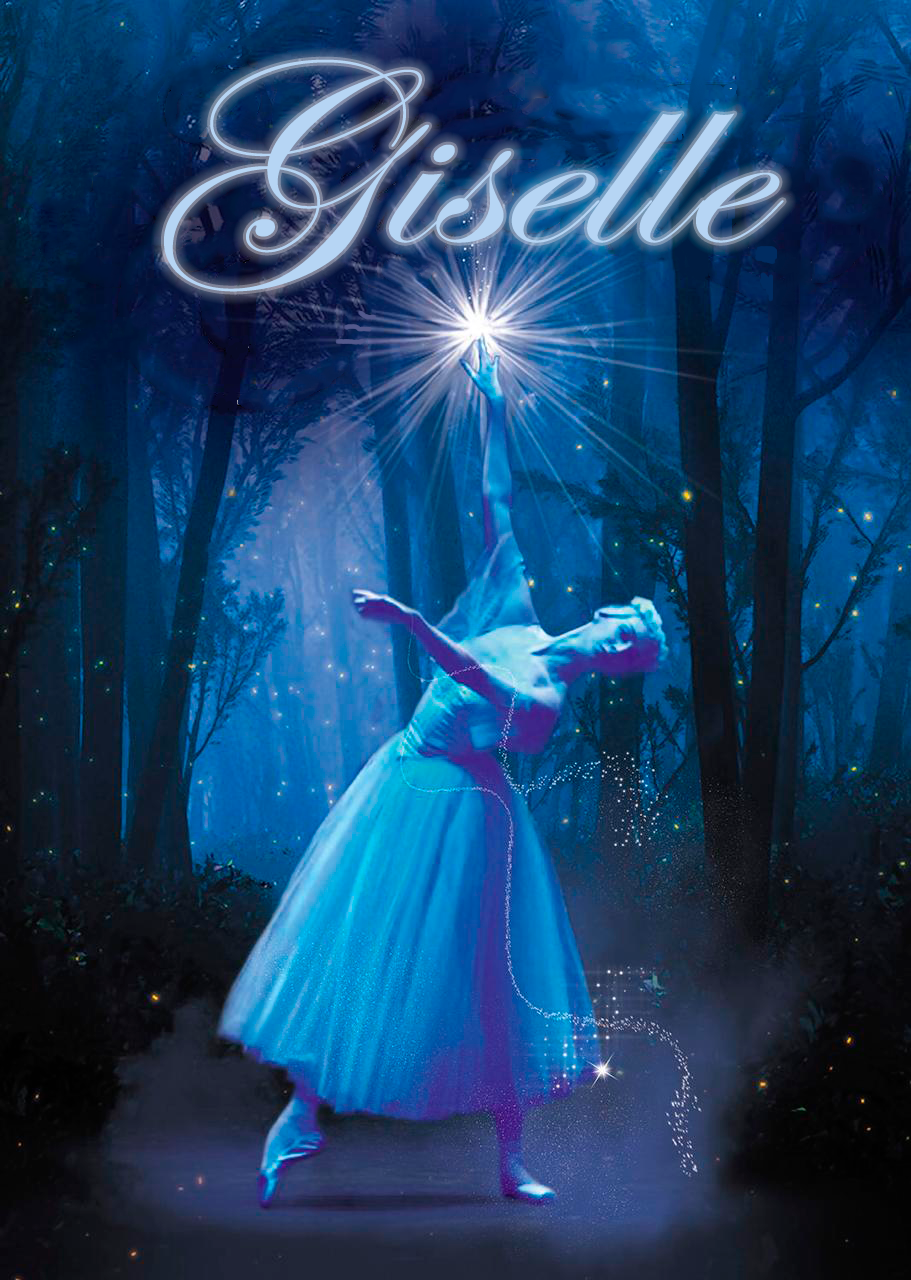 Duration: 1 hour 50 minutes, with one intermission.

Giselle is one of the best creations of French romanticism, extraordinarily beautiful and sad, touching the heart strings. Idyll and tragedy, selfless love and cruel deception, revenge and self-sacrifice, the real and fantastic world, it all is intertwined in this performance, encouraging the viewer to empathize with the heroes.

Giselle was first performed on the stage of Le Peletier theater in Paris on 28 June, 1841. In December 1842, this performance was first staged in Russia. Since then, the choreography of Georges Coralli and Jules Perrot has undergone many changes, but the deadly dance of the wilis at the ancient cemetery is just as airy and beautiful, and in the duet of Count Albert and the ghost of the dead girl Giselle still reminds of repentance and forgiveness, despair and calm. The fascinating music of A. Adan, the play of light and shade, the flight of white tutus in the night fog creates a mystical atmosphere, the illusion of contact with fantastic afterlife. True love lives beyond death – this is the main message of Giselle. A Rhineland Village. Giselle, a peasant girl, has fallen in love with Count Albrécht, who has led her to believe that he is a villager. Her superstitious mother, Berthe, hoping that Giselle will marry the forester Hans, warns her against Albrécht, to whom she has taken an instinctive dislike.

Wilfred, Albrécht’s squire, secretly warns him that a hunting party is approaching, led by the Duke of Courland and the Countes Bathilde (Albrécht’s future bride), who are staying at Albrécht’s castle for the betrothal ceremony. Albrécht hides, but Hans has witnessed this meeting and decides to break in to Albrécht cottage to discover the secret of his identity. The hunting party arrives. Giselle dances for the nobles and when she tells Bathilde that she too is engaged, the Countess gives her a necklace. Bathilde, tired from hunting, asks to rest in Berthe’s cottage, but the Duke decides to continue the hunt and orders a hunting horn to be left

by the cottage door so that he and the rest of the party may be recalled when Berthe is ready to rejoin them.

Hans now reappears from «Loys’s cottage. He has found Albrécht’s sword and when he compares it with the hunting horn, he sees that they bear the same crest; this gives him the evidence for which he has been looking. Not realizing that the hunt is still nearby, Albrécht returns. Hans interrupts the dancing and reveals the truth about villager Albrécht. He sounds the horn, the hunting party returns and Bathilde, coming out of the cottage, claims Albrécht as her fiancé. The shock is too much for Giselle and she loses her reason. Giselle’s sick heart can not stand it, and she dies. Albert, distraught with grief, tries to kill himself, but he is not allowed to do so.

Giselle’s Grave in the Forest. Hans keeps vigil by Giselle’s grave, which lies deep in the forest in unconsecrated ground. It is midnight, the time when the Wilis materialize. Hans flees in terror when confronted by these apparitions. Myrthe, their queen, now arrives from the

marshes and summons her Wilis. She draws Giselle from her grave to be initiated into their rites. The Wilis disperse as Albrécht approaches, searching for Giselle’s grave. He lays flowers at the cross and when Giselle’s spirit appears to him, he follows it into the forest.

Hans, pursued by the Wilis, returns and is forced into an endless dance. Exhausted, he is driven into the lake, where he drowns. The Wilis now seek out Albrécht and when Myrthe commands him to dance, Giselle urges him to the safety of the cross, but he is powerless when Myrthe orders Giselle to entice him away by dancing with him. Giselle tries to sustain him, but as the night wears on he becomes weaker and weaker. Just as he is about to die, dawn breaks. Daylight destroys the Wilis’ power and the ghostly dancers fade away; Giselle, whose love has transcended death, returns to her grave, her spirits freed from the power of the Wilis, leaving Albrécht sorrowing and alone.