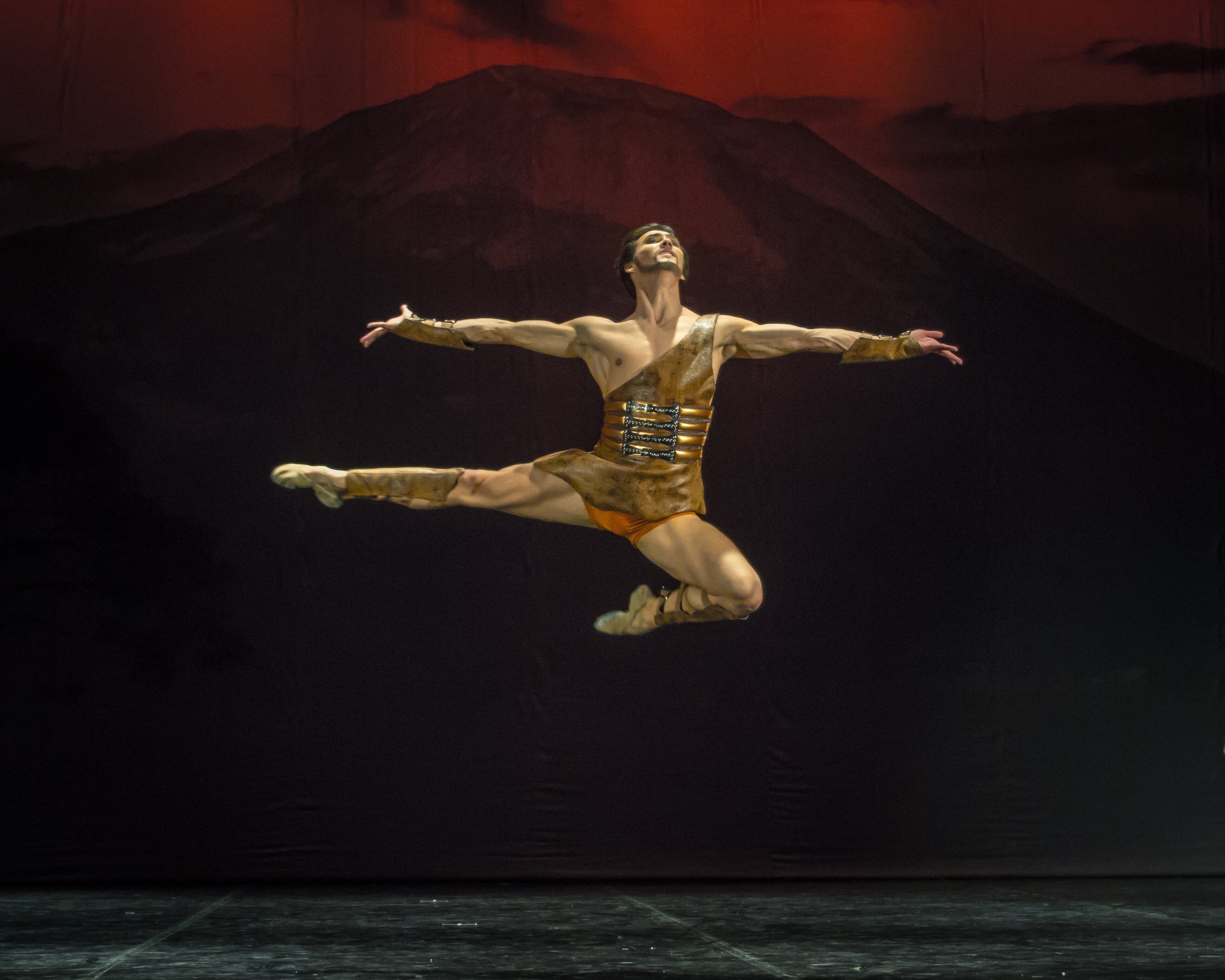 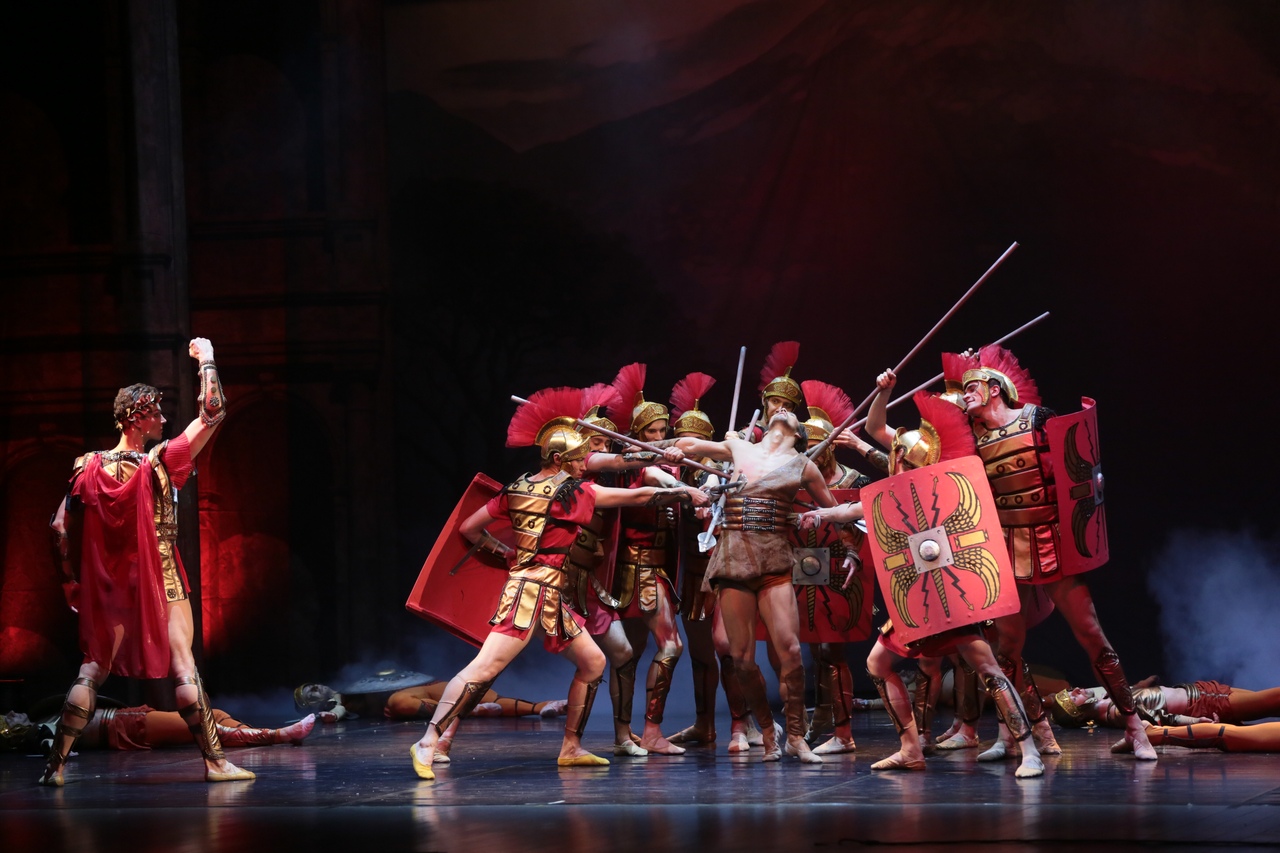 The Spartacus ballet of the Moscow State Ballet Theater was created according to the original scenario of the choreographer, Honored Artist of Russia Irina Lazareva. This performance is very dynamic, bright, rich in drama and full of most complex dance elements.

Spartacus does not accept this fate, he starts a rebellion, spectacular battle scenes follow one another. The lover supports the hero to the end, even feeling that he is doomed. Their duets are imbued with tenderness, sadness and insane hope for happiness, in spite of everything. It is impossible to defeat the Empire. Betrayal in the camp of Spartacus just hastens the outcome, but it is better to die standing up than live on your bended knees. This is the idea of the performance, charged with the strongest energy, relevant at all times. 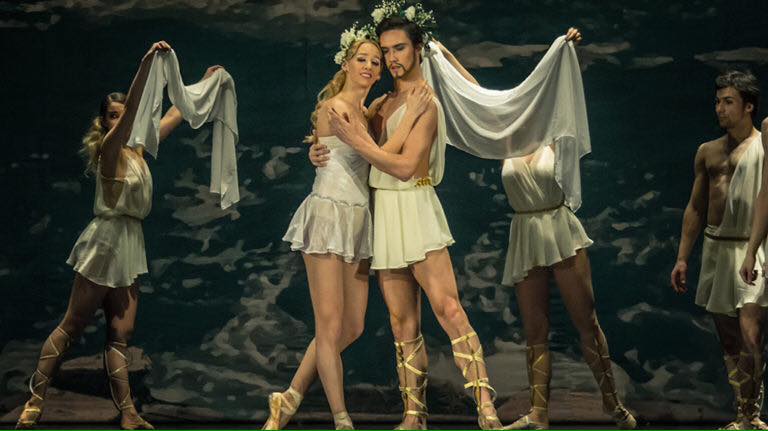 Ancient Greece. A sports festival ends. It was attended by men and young girls. Award ceremony for the winners including Spartacus and young Valeria who has a gift of divination. She predicts to Spartacus great power, victory over Romans and imminent death.

Spartacus and Valeria fall in love with each other. In the middle of their wedding ceremony Roman warriors burst into the town. They attack unarmed people. Many are captured, including Spartacus and his beloved. She becomes a slave, and Spartacus becomes a gladiator. 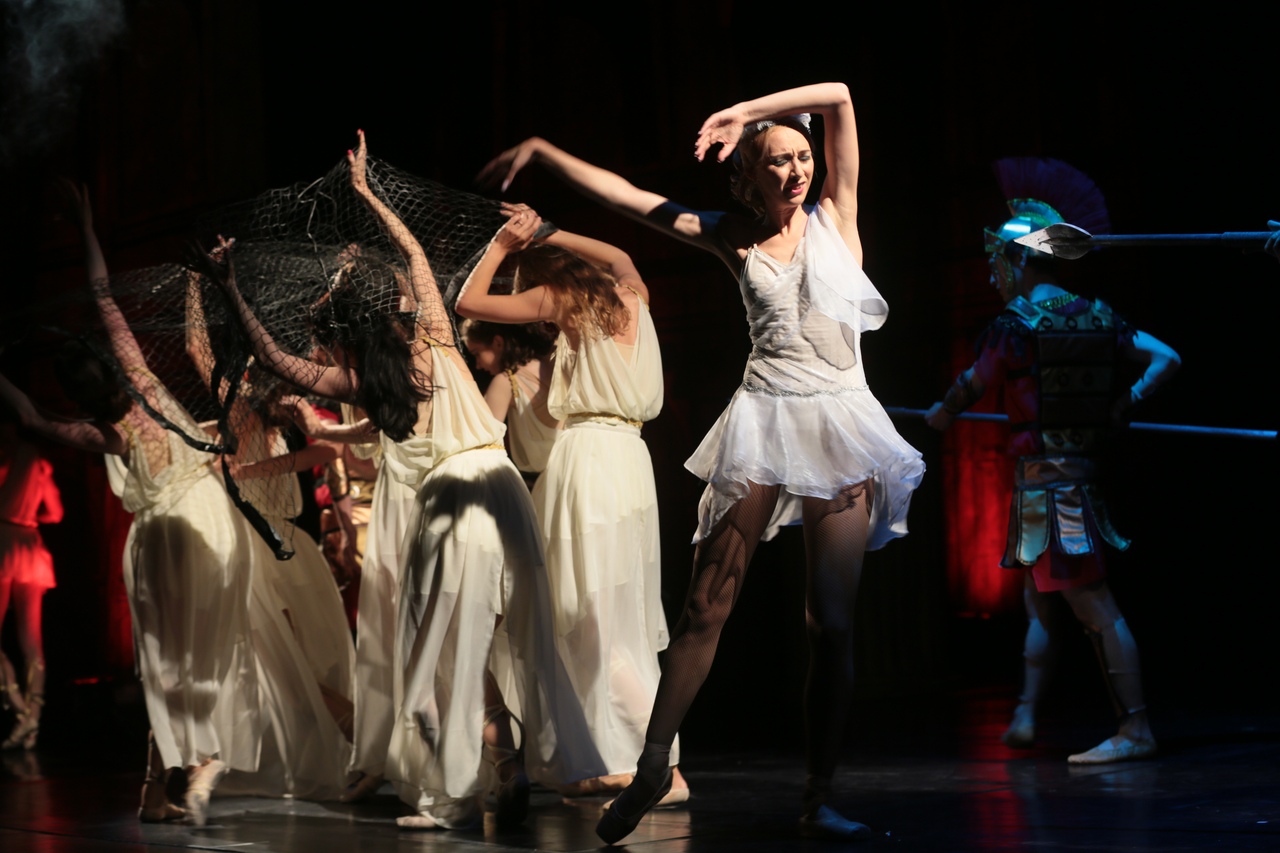 To please the Roman nobility, Spartacus gets led into the arena. Gladiatros fight in helmets with closed visors. Spartacus wins, but refuses to kill his friend, and he is thrown into prison.

Spartacus incites the prisoners to revolt. They kill the guards, break out and go into the mountains.

Having summoned a huge army, Spartacus defeats the Roman legion and heads to the capital of the empire. 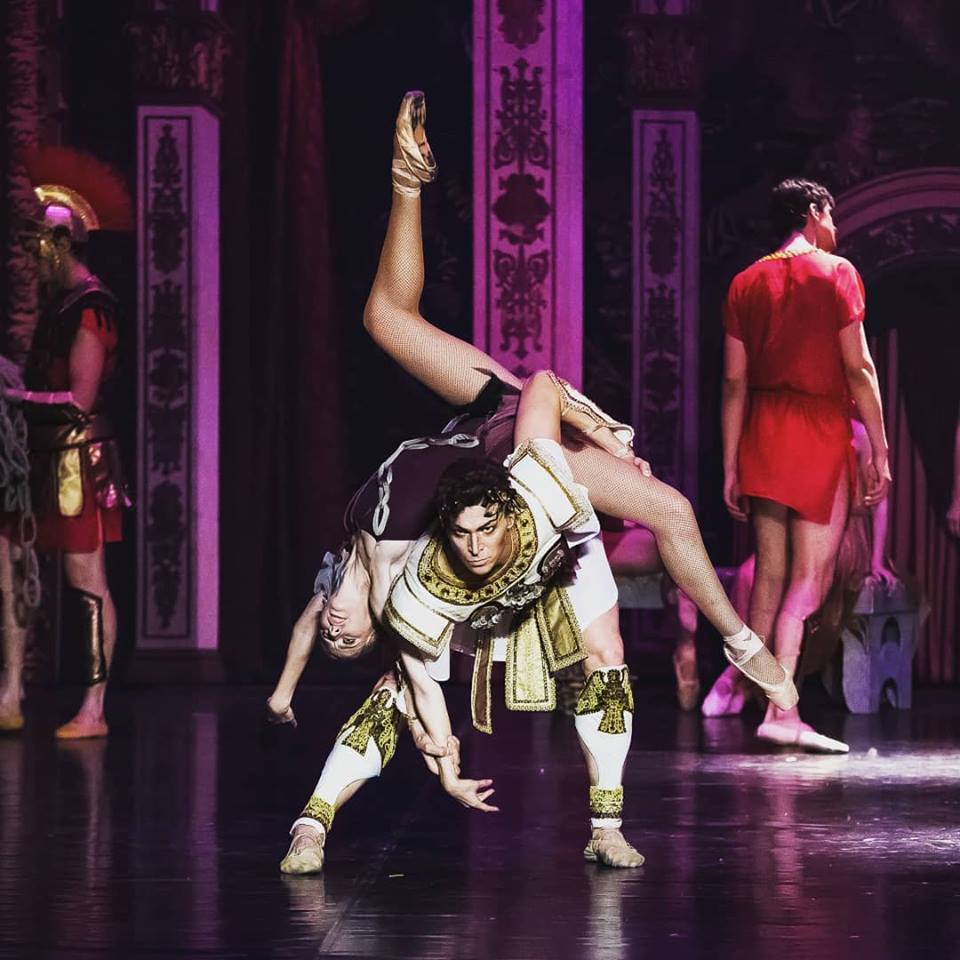 There is a feast going on in Crassus’s palace. Everybody is drunk. Crassus demands new slaves to be brought in. He makes them dance and please the guests. He is attrated to Valeria. Crassus’s wife Calista saves her from defilement.

Suddenly ‘Dionysus servants’ appear wearing goat masks. These are dressed Spartacus’s followers. They initiate a dance, involve the slaves into it and make the slaves follow them. Crassus suspects nothing and starts dancing. When he comes to his senses, he understands that he has been deceived. The slaves ate gone and his soldiers are killed. Crassus swears revenge.

‘Servant of Dionysus’ returned to the camp of Spartacus. 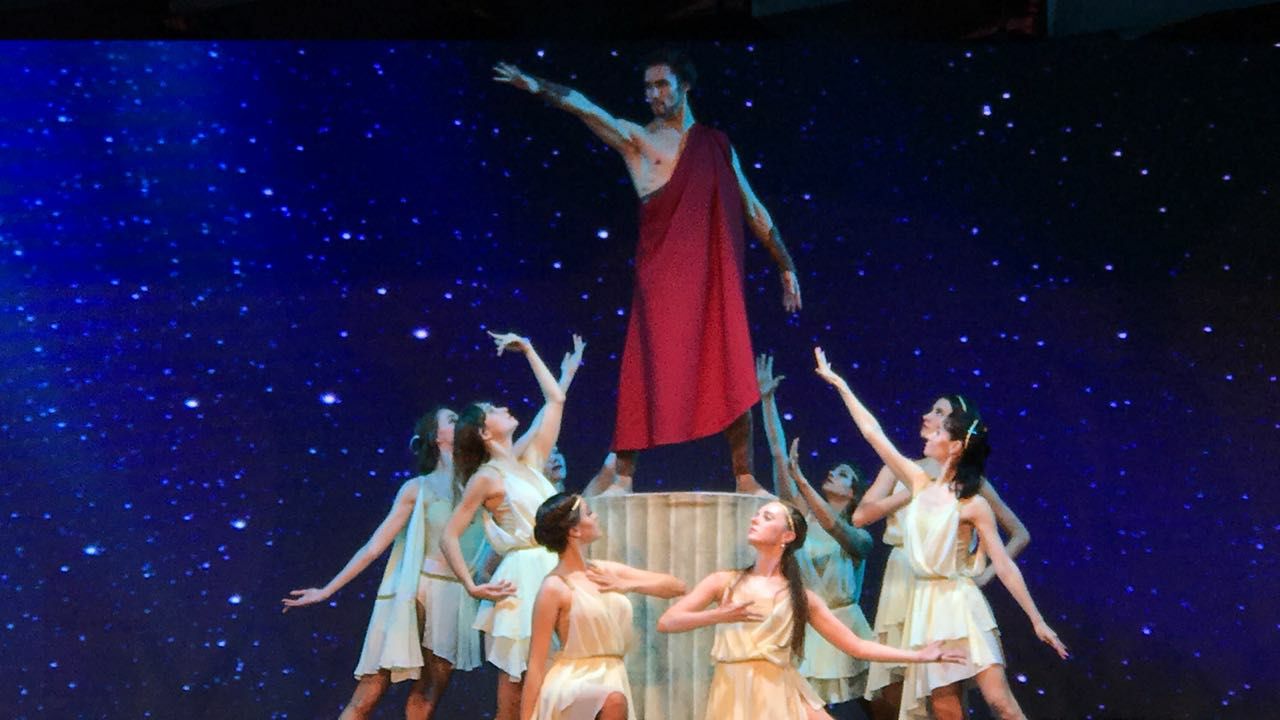 The joy of salvation is marred by the dividion among Spartacus’s followers. Spartacus called to move forward, while many were happy with what they already had. The breakaway group was immediately defeated by the legion of Crassus which was approaching the rebel camp.

The warriors still loyal to Spartacus engage in the fight. The forces were unequal. Spartacus and his friends fought bravely, but were all killed.

The premiere took place on June 25, 2018 in Moscow, in Mayakovsky Theater.