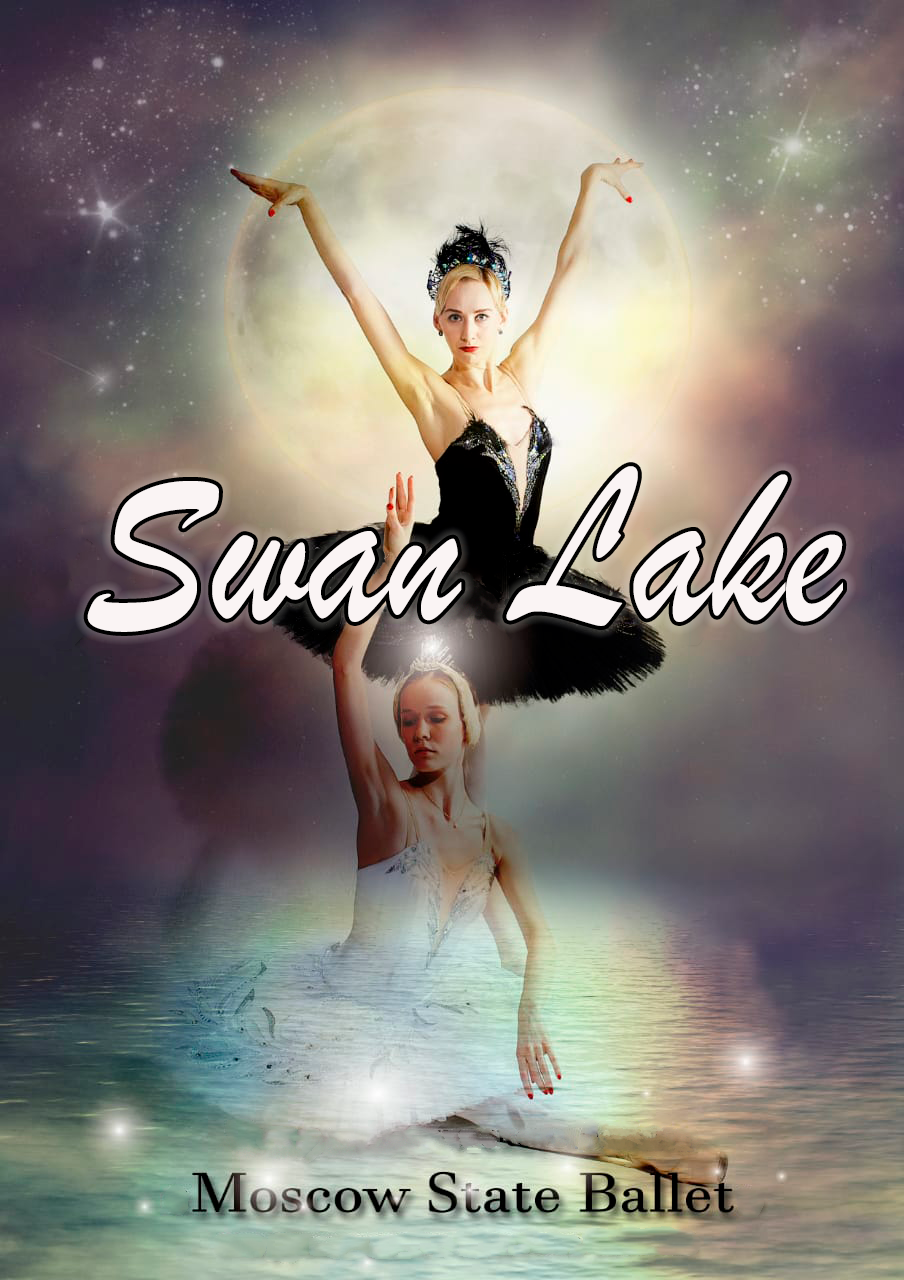 Swan Lake can by right be called the jewel of Russian ballet. The performance by M. Petipa and L. Ivanov, accompanied by the ingenious music of P.I. Tchaikovsky, has won millions of hearts around the world. Dancers dream of performing the main parts in Swan Lake, considering it an incredible professional success.

The ballet is based on the story of the prince’s ideal and unattainable love for the enchanted beauty who appears as a swan. On the way to happiness, they face obstacles and challenges, which they must overcome. It is a light, romantic, beautiful and harmonious performance. There are not enough words to describe what is happening on stage. The classical presentation, perfect movements, soft and smooth adagios, excellent synchrony and beauty of performance – the action causes genuine emotions. The vivid set completes the picture taking the audience into a medieval castle, and then carrying the viewer to the shores of a fabulous lake.

You must see the famous dance of white swans with your own eyes and, at least for a moment, you will believe in magic and eternal love! The Garden of Prince Siegfried’s Castle. Prince Siegfried has come of age and entered upon a new world of affairs of war and the burdens of manhood. It is the day for leaving behind the whims and caprice of youth. A happy day for the Prince, though touched by anxiety. The kindly jester and tutor who have been the Prince’s loving companions since his childhood are the first to congratulate him. He greets his companions and joyfully accepts the congratulations of all the residents of the Castle.

The Prince’s subjects come from far and wide to take part in the festivities. They confer upon him the sword and scepter of authority and swear allegiance to their new ruler. His mother, the Queen Mother of the Realm, presents him with an arbalest as a gift and reminds him that the time has come to choose a bride and that he must make the fateful decision at tomorrow’s ball. He is eager to contemplate this life change in silence. The festivities continue, but the Prince is overcome by a desire to be alone, far from his guests. As he begins to search the contents of his heart he notices a flight of white swans heading toward the nearby lake. He is inspired and follows them there, disappearing into the night. 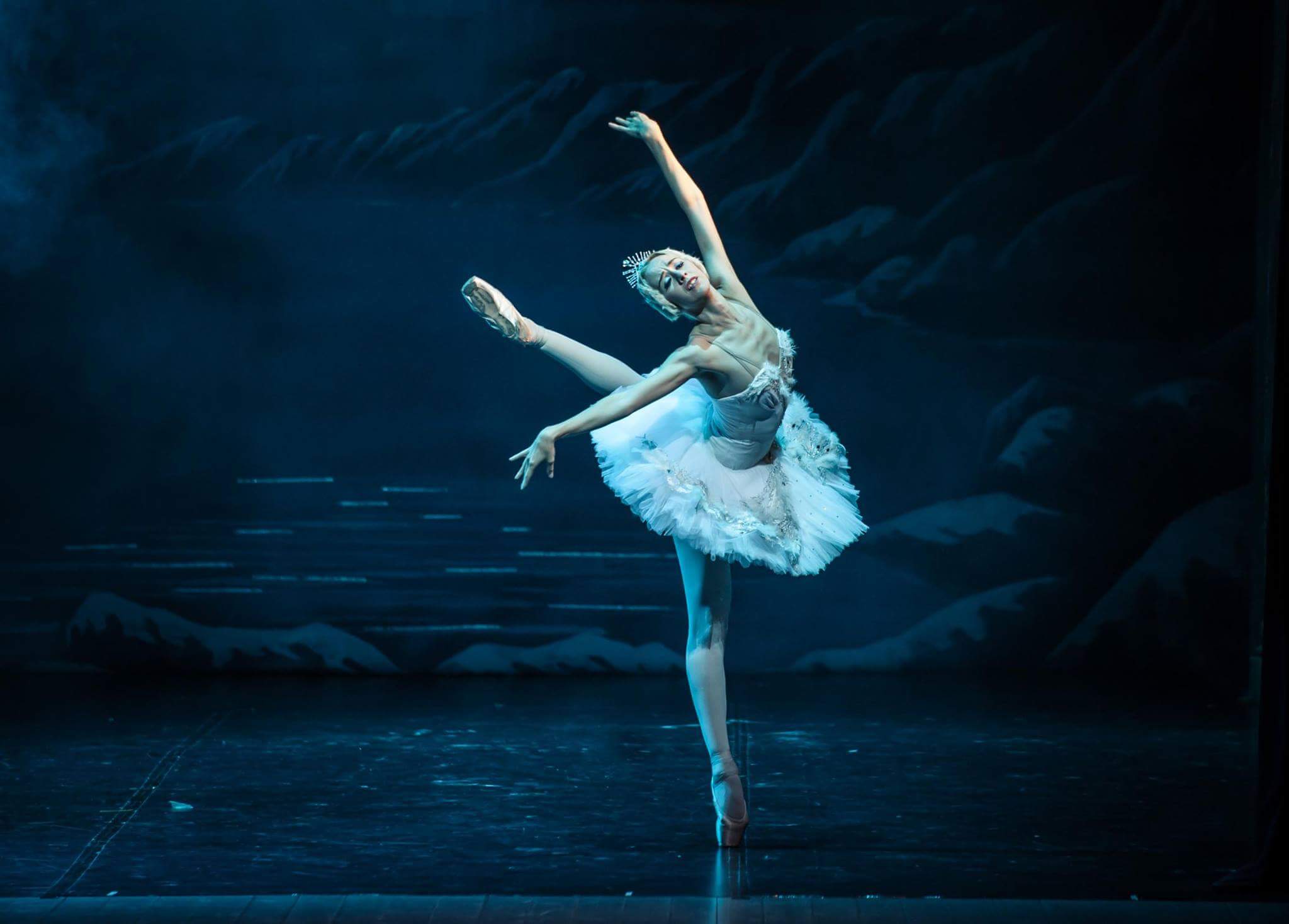 A Lakeside. The voyage to the lake takes the Prince into the depths of the forest. He approaches the Swans quietly and as he nears he sees something quite out of the ordinary. The Swans have stepped ashore and assumed human form! Siegfried lowers the crossbow, astonished with their striking beauty. He gathers his courage and reveals himself. Odette, the swan’s Queen, tells him of their terrible curse. They are all at the mercy of the wicked sorcerer Rotbart and only by finding true love can the evil spell be lifted. Siegfried, overcome with love at first sight, swears to her an everlasting love. As the sun beings to dawn, Odette warns him that if he breaks his oath, nothing will be able to help them. The Prince is completely overcome by the incomparable and exquisite delicacy of Odette, and swears that he will return and free her from the evil spell. As the sunlight touches them, the women transform back into Swans, cloaked in silence. 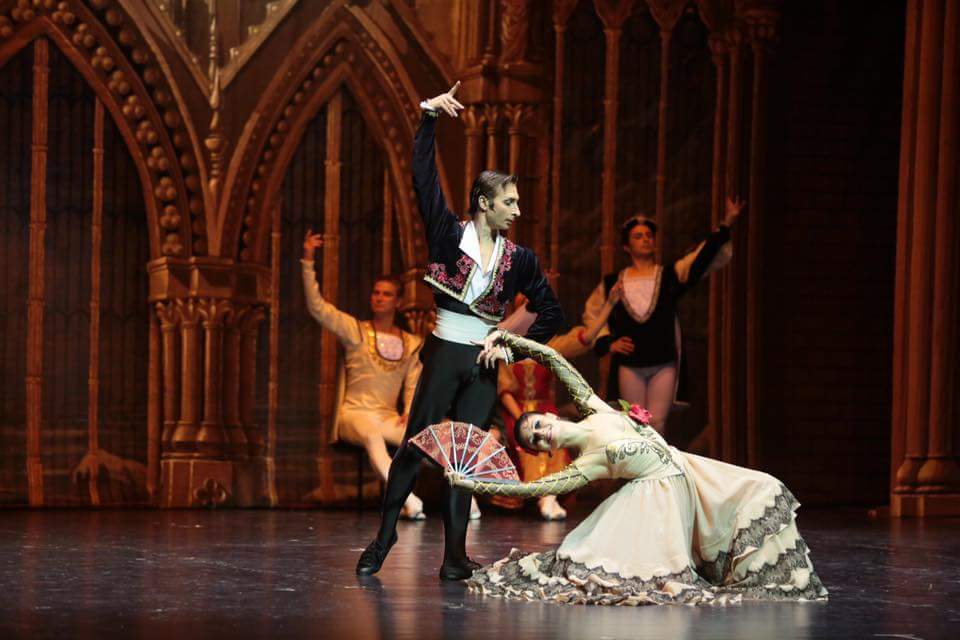 The Great Hall of Prince Siegfried’s Castle. The castle resounds to the clamor of festivities. Renowned Princesses from Hungary, Russia, Spain, Italy and Poland are presented to the Prince. He must choose one of them as his bride, in order to strengthen his authority and consolidate his power. However, in none of these royal heiresses does he find a maiden comparable to Odette, to whom he has given his heart. He rejects them all.

With an overwhelming blare of trumpets, a couple of new guests are announced. The evil sorcerer, Rotbart, enters in the guise of a noble knight, and following close behind is his daughter, Odylle, who looks remarkably like Odette. The similarity is so close, in fact, that Siegfried believes, if only for a split second, that it is Odette standing there before him. Odylle seizes the brief moment of illusion as an opportunity and will not allow him to find his senses. She becomes a bewitching temptress, luring him, hypnotizing him, and tricking him into confessing his undying love to her! 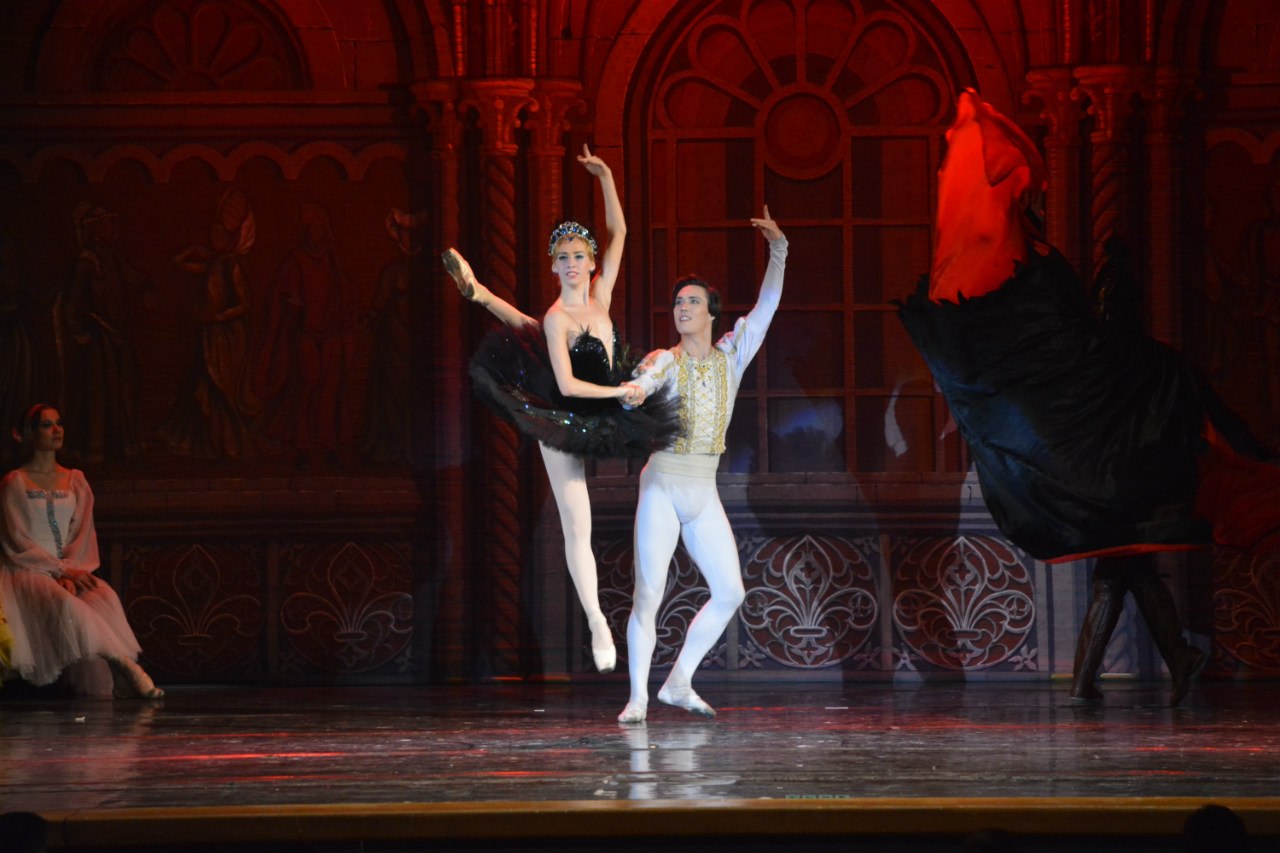 In this hypnotic stupor, he proclaims that Odylle is to be his bride. Rotbard has triumphed! Siegfried has broken his oath to Odette, betraying her by professing love to another, thereby dooming Odette and the others to an eternity under Rotbart’s evil power. Suddenly a vision of the Swan Lake appears before Siegfried’s eyes, snapping him back into reality. He realizes the terrible mistake he has made. In despair he leaves the palace and hurries to Odette at the Lake.

The Lakeside. Night falls again on the Lake. The swan maidens are anxious, for if the Prince does not fulfill his vow to set them free, they will be doomed to everlasting captivity. The sorcerer raises a raging storm to conceal the Swan Lake behind a screen of dark clouds, But the Prince rushes headlong through the storm to Odette. The sorcerer attempts to conceal her from him, but no power can stop the young man whose heart is so full of love.

The Prince overcomes all obstacles, and the spell cast by the evil sorcerer is dashed forever on the rock of true love. 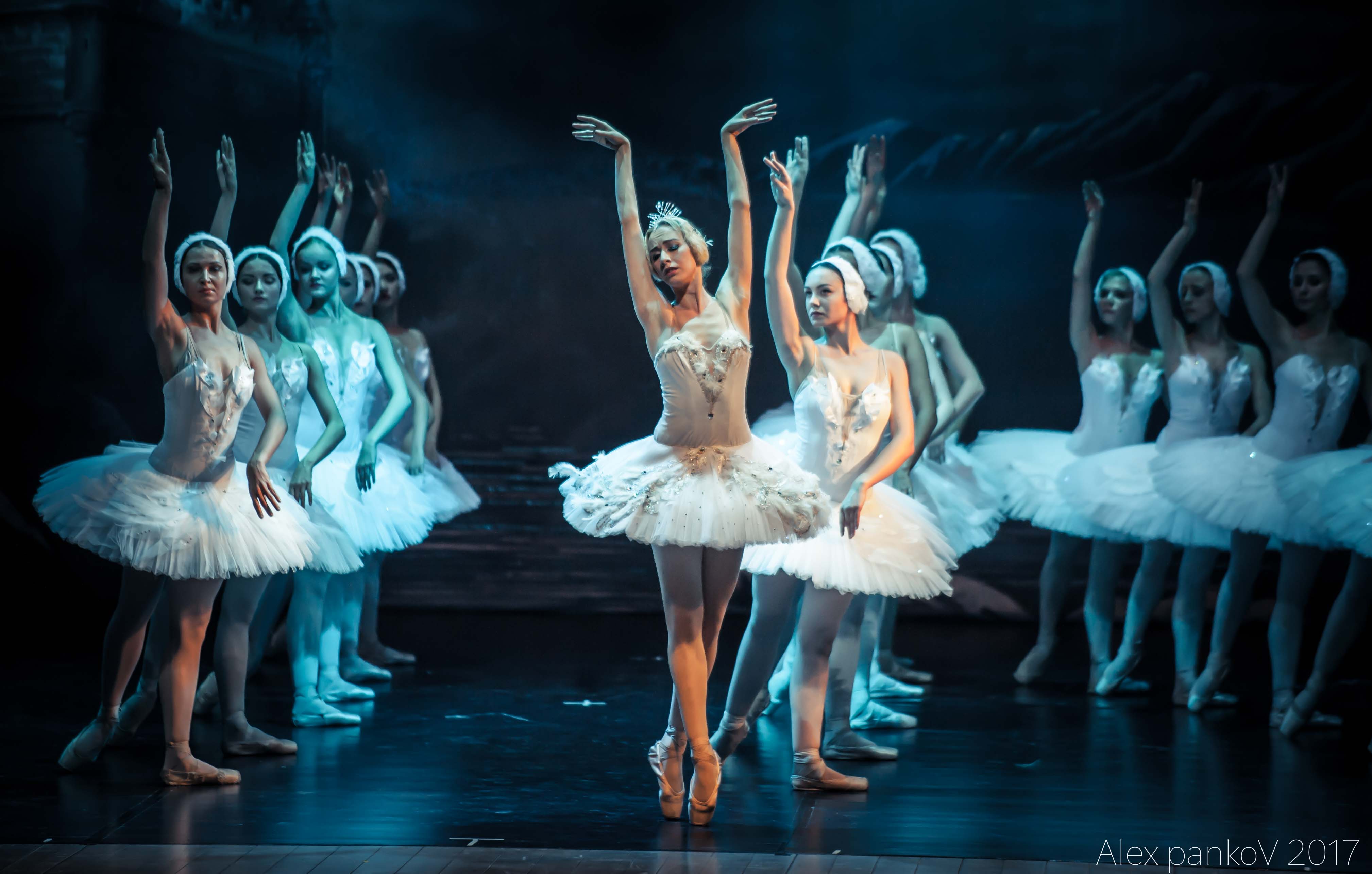